Big Sister Is Watching You A Westminster Letter: Springhead to Springhead 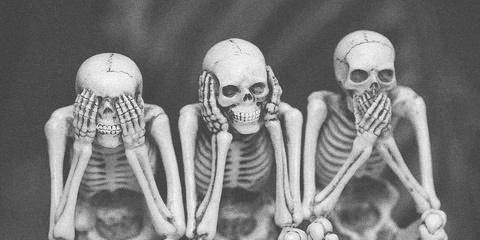 National Review printed an article on the 50th anniversary of Whittaker Chambers‘ death that the Whittaker Chambers Family found most disappointing. As its author has updated the piece, below we are republishing our comments to the magazine and to him (in addition to our own observations made the same day and published here as Ghosts and Phantoms):

First, thank you for allowing comments.

That said, it is disheartening on this, the anniversary of Whittaker Chambers’ death, to see your magazine follow suit with many other blogs in reprinting this article by Andrew Bostom.

On behalf of our family, I have already contacted this author, asking him not to use the name of Whittaker Chambers when talking about Islam or other subject with which Whittaker Chambers was so entirely unacquainted — a wish he has vehemently chosen not to respect.

Apparently, the author’s respect for Whittaker Chambers runs just as short as his actual understanding of Chambers himself. Do not be fooled by long, impressive-looking quotes.

Instead, please note that, first, Chambers simply did not and would not today comment on Islam. Second, that is in part because comparing Western and non-Western systems of thought works about as well as comparing apples and oranges. Terms in Christian- or Greek-derived Western philosophy simple do not equate or sometimes even approximate those in Islam or in the Middle East. Distance, time, and historical experience preclude this — as does the author’s obvious antipathy toward Islam. It is hard to imagine that anyone who has read and understood Whittaker Chambers’ writings could produce a piece like this article.

Of course, the open-mindedness of founder William F. Buckley, Jr., does not seem to have passed down to inheritors at National Review — easily demonstrated by the abrupt termination of the magazine’s relationship with son Christopher Buckley in 2008. WFB started out as a dissenter: National Review dishonored his memory by breaking off with son Christopher — as it dishonors the memory of Whittaker Chambers with articles like this one.

In future when you write of Whittaker Chambers, please consider coming to his family for insight and thought.

While we welcome your warm and well read appreciation of the man, the Whittaker Chambers Family asks you to desist from using his name with respect to Islam or any other issue with which he was unfamiliar.

Whittaker Chambers had at best a cursory knowledge of Islamic affairs (e.g., history, theology). Like most people of his time, his viewpoint was highly euro-centric. He would not condone use of his name in this manner.

If you respect the man and his ideas, then please desist henceforward from using his name like this.

At first, Mr. Bostom replied, “It does not seem you have read the piece at all.”

When I demonstrated to him that I had read the piece thoroughly, he insisted that “you do not appear to have gotten beyond the introduction.”

When I again assured him that I had done so, he shut down, saying: “I am a busy physician in academic Medicine” and refusing to publish the comment [on his own website].

In short, Mr. Bostom stuck his hands over his ears, covered his eyes — and then continued to shout. And he continues to this day.