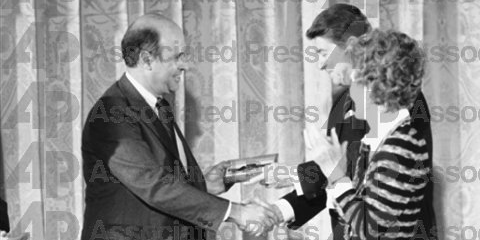 At a critical moment in our Nation’s history, Whittaker Chambers stood alone against the brooding terrors of our age. Consummate intellectual, writer of moving majestic prose, and witness to the truth, he became the focus of a momentous controversy in American history that symbolized our century’s epic struggle between freedom and totalitarianism, a controversy in which the solitary figure of Whittaker Chambers personified the mystery of human redemption in the face of evil and suffering. As long as humanity speaks of virtue and dreams of freedom, the life and writings of Whittaker Chambers will ennoble and inspire. The words of Arthur Koestler are his epitaph: ‘The witness is gone; the testimony will stand.’