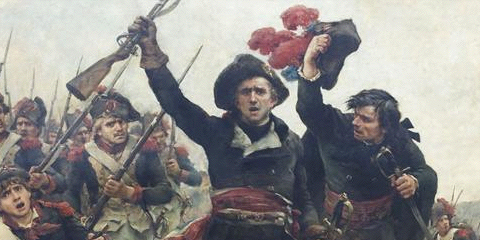 Somebody said, the other day, when we were talking about the new jet service to Europe, that in twenty or thirty years people will be traveling abroad by rocket. 1 New York will then be fifteen minutes from Paris, or closer than the Empire State Building seems ever likely to be to Rockefeller Center by Fifth Avenue bus. Nobody saw anything wildly improbable in the notion.

Still, the mind is not yet committed to the shortest distance between two points as invariably the best of all possible ways to get somewhere. The mulish mind may still prefer detours, precisely because they digress.

Just before Christmas, somebody sent me a French book, part of whose leisurely title reads: Five Essays on the History of Ideas in Russia and Europe. 2 Essay I begins: “Between 1758 and 1762, Koenigsberg was occupied by Russian troops under General Fermor. In the old Collegium Albertinum — as the university was called 3 — a thirty-five-year-old professor, of somewhat timid appearance, announced a course in physics for ‘Messieurs, the Russian officers.'”

This was news to me and I found it fascinating. As if the author invited us to peer into the least likely of peepholes, and what we saw, incredulously, was the dark backward and abysm of time, with (somewhere down below) the greatest of all human centuries (I mean, of course, our own), squirming, germlike, at one of its countless, forgotten points of origin — Koenigsberg, 1758.

This is not just because Koenigsberg, easternmost of provincial German towns, has lately been next-door neighbor to Peenemunde, the experimental rocket base. Nor is it because, even more lately, we have seen Koenigsberg become Kaliningrad, not merely Russian-occupied this time, but annexed outright as the westernmost of Soviet cities. Nor is it that the timid-looking science teacher was Immanuel Kant, “unknown as yet even in Germany” — the author (to be) of The Critique of Pure Reason, schoolmastering the forerunners of the enveloping East. What arrests is rather (with the Sputniks in mind) the thought of Russian officers, enlivening the tedium of that earlier occupation by getting up their physics. And, indeed, physics and politics have been in curious (and often violently unstable) mixture throughout the last 200 years. Not only in Koenigsberg — or, see your morning newspaper.

And with that, the mind is off on a little ramble. With the Koenigsberg classroom as center, it scans the horizon of that time in search of anything else that may be curiously lurking in it. The mind stops, arbitrarily, with a child.

In 1758, Lazare Carnot was only five years old. Who gives a thought to Carnot today, though he was an engineering and military head of the first rank, of whose achievements Napoleon made full use, but whose genius Napoleon’s masks, somewhat as Bach‘s so long masked Buxtehude‘s? It would be some years after Koenigsberg before Carnot whipped up his first important paper: Essay on Machines in General. A few years more, and he would organize from scratch, and in one year, the French Revolution’s fourteen armies; and, almost singlehanded, elaborate their innovating strategy and tactics. Accomplishment enough so that, when the many tongues that wag in the many heads that do not think, cried out for his arrest during some terrorist spasm, they could be silenced by a single voice which asked: “Would you dare to lay hands on the organizer of victory?” So Fate, who now and again prefers irony to the knife, let Carnot live, to die an exile in Schoolmaster Kant’s Germany.

To Lavoisier, who is on the Koenigsberg horizon, too — his first interest physics, like Kant’s Russian officers’ — Fate turned the cutting edge. That brilliant brain was cancelled at the neck by the guillotine — the murderous technical improvement that the Revolution contributed to progress, along with certain other innovations that are with us still. For example, conscription, mass armies, the concept of the nation in arms (in part Carnot’s brainchild, and necessity’s).

True, in our day some have sought to undo that business of mass armies. Among them, a master of French prose and author of a treatise, celebrated chiefly among specialists: Vers une Armée de Métier — Toward a Professional Army. The master of prose (and of much else French at the moment) is, of course, General Charles de Gaulle.

With that the circling mind has circled back to the thoroughfare of here and now. And just in time for some sensational traffic. For while I was shuffling these bits and pieces, the Russians sent up that rocket which, missing the moon, has gone on, they tell us, to orbit the sun. 1758 to 1958 plus two. Lunik, Kant (of all people), facing an all but forgotten roomful of Russian officers. At last the impulse takes form in a trajectory that bursts Earth’s gravitational field. A wall has fallen. Nobody knows how many other walls, of the mind, of reality, fell with it, unnoticed. Which reminds me that, in the far-off 1920s, one of my fellow undergraduates had this to say of (and to) his age:

Once in unpeopled Nineveh,
Where no one heard the sound,
The human-headed bull of god,
Crashed outward to the ground.

Such ways, the solitary mind
Strains backward, year on year.
Are all the walls at Nineveh
Whose crash we do not hear?