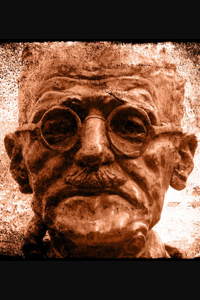 Last week a little group of people got together in Manhattan in an atmosphere of unaccustomed awe. They were friends of James Joyce — Editor Eugene Jolas (transition) and his wife; Poet Padraic Colum and his wife; Robert Nathan Kastor, brother of Joyce’s daughter-in-law; others. Fortnight before, a terse cable had announced that the author of Ulysses and Finnegans Wake was dead in Zurich. Joyce’s friends were forming a committee to aid his widow, daughter and son.

To many a baffled reader of Finnegans Wake, the death of Joyce meant merely that the “cult of unintelligibility” had lost its chief prophet. To his admirers, it meant the loss of the greatest figure in European letters since Marcel Proust. To his friends Joyce’s death seemed like some simple lapse in nature, grandly tragic and fitting. Joyce’s writings had been the most massive, inclusive, eloquent statement of Europe’s intellectual and moral chaos, a chaos now audible and visible in the falling walls of Europe’s cities. And Joyce had died in the midst of this downfall — perhaps because of it. There was something about his death that suggested the great Bishop of Hippo, St. Augustine, dying at the close of the Roman world to the echo of Vandal swords against the city gates.

Bit by bit, Joyce’s friends in Manhattan pieced together a picture of his last months. It was a picture of monstrous ironies. Joyce, the young man who fled from Ireland to live by “silence, exile and cunning,” died a destitute refugee from Paris. The mind that thought history “a nightmare to which I hope never to awaken,” was caught in the fall of France. The man who resented even minor Government interference with his affairs, was caught in the wartime red tape of three Governments. The mind that created the Miltonic rhetoric, the subtle architecture, the poly-portmanteau language of Ulysses and Finnegans Wake, found its last peace in talking to an eight-year-old child.

The Joyces (wife Nora, son Giorgio) lived in Paris. His daughter Lucia, who suffered from a nervous disorder, was in a sanatorium near St. Nazaire. A devoted father, Joyce worried much about Lucia, spent a good part of the income left him by Admirer Harriet Weaver on Lucia’s doctor and sanatorium bills. When war broke out, he hurried to St. Nazaire to see her.

Giorgio’s son Stephen was at Mrs. Jolas’ school at St. Gérand-le-Puy, some eleven miles north of Vichy. The Joyces were invited there for Christmas 1939, had a big party. Even then Joyce was suffering a good deal of pain. For ten or twelve years he had had a mysterious intestinal ailment, which did not trouble him as long as life went smoothly, caused him agony when life did not. During the last year, friends claim, Joyce “ate practically nothing.”

After Christmas the Joyces rushed back to Paris. Mrs. Joyce hated the Paris alertes, but Joyce could not stand the tranquillity of village life. They returned to St. Gérand-le-Puy for Joyce’s birthday (Feb. 2), remained until the end of March. Joyce took long walks, read Goethe’s conversations with Eckermann, occasionally went to a movie. He also read all the newspapers, though he would discuss politics only with close friends. Shortly before the time the Nazis moved to Norway, the Joyces moved to Vichy.

On June 11 Mrs. Jolas phoned Joyce that she had found a two-room flat in St. Gérand-le-Puy, urged him to move there for safety. Joyce refused. He added: “Have you heard anything about that book 1 that I asked you to get me from the Gotham Book Mart?” Mrs. Jolas said she hadn’t. “Well,” said Joyce, “it wouldn’t hurt to drop a postal card into the box.” The Nazis crossed the Marne.

Two days later, Mrs. Jolas phoned Joyce again to say that the Gare de Lyon in Paris was closed. Joyce said that couldn’t possibly be true because his friend, Irish Poet Samuel Beckett, had just come from Paris. He added: “Have you heard anything about that book that I asked you to get me from the Gotham Book Mart?” Next day Paris fell. Day after that Mrs. Jolas ran into Giorgio Joyce on the street in St. Gérand-le-Puy, with all the Joyce luggage, looking for a place to stay. So, by then, were hundreds of others.

At 8 the following morning the James Joyces, forced out of Vichy when the army took over, arrived at St. Gérand-lePuy. Joyce was indignant; he was not in the habit of going out before 11. Said Mrs. Joyce of the general situation: “Did you ever hear of such nonsense?” Two hours later friends found Joyce happily listening to the radio. The Joyces were not even disturbed when the Nazis occupied the village for six days. Joyce was a British subject, but they did not arrest him. Friends urged him to go to the Irish Minister in Vichy and change his citizenship. Joyce refused: “It would not be honorable.”

A fellow refugee was Paul Léon who had worked with Joyce for ten years. Every afternoon at 4 sharp, Joyce and Léon reread Finnegans Wake. Joyce would sit with his long thin legs wrapped inextricably around each other while he held the book close to his eyes, studied it through a thick lens. Léon read aloud. They would then make corrections. When Mrs. Jolas reached the U. S. last fall, she took 30 pages of typographical corrections for a possible second edition of Finnegans Wake. As she was saying good-by for the last time, Joyce paused, said: “Have you heard anything about that book I asked you to get me from the Gotham Book Mart?”

Joyce made frantic efforts to get an exit visa so that he could take his family to Switzerland, scene of his World War I exile, birthplace of Ulysses. Thanks to influential friends (especially in the U. S. embassy), he finally procured a visa from Vichy. But the Swiss Government was fussier. At one point it refused to admit Joyce on the claim that he was a Jew. Then it demanded a $7,000 bond. The mayor of Zurich got the sum reduced to $3,500, which some Swiss friends got together. But on the day the Swiss entrance visa arrived, the French exit visa expired.

When Vichy finally granted a second visa, there was no gasoline for the drive from St. Gérand-le-Puy to Vichy. Defying police regulations, Giorgio Joyce bicycled to Vichy, begged every embassy and consulate for gasoline. Finally a bank clerk gave his last gallon of gas, which was enough to take the Joyces to the train.

In Zurich the Joyces put up at a small pension. They had almost no money. None of Joyce’s cables to London for money was answered (even air mail from London to Zurich now takes a month). Moreover, the Germans had canceled the permission (obtained through the Irish Minister at Vichy) to remove Lucia from occupied France. Friends say that the thought of his daughter’s spending Christmas in a bombed area intensified Joyce’s intestinal pains.

He brooded over what he considered the poor reception of Finnegans Wake. More and more his bitter day dreams took on the prolonged, chaotic misery of the night dreams in his last great book. (A hundred cares, a tithe of troubles and is there one who understands me? One in a thousand of years of the nights?) And as the voices of the awakening children humanize the nightmare in Finnegans Wake, the voice of his eight-year-old Grandson Stephen became Joyce’s chief solace. All day he would sit telling the boy (the child we all love to place our hope in forever) stories from Greek and Roman mythology, the Norse sagas, Shakespeare. But when only a small sum of money arrived from the U. S., scarcely enough to pay a part of their debts, Joyce collapsed from worry.

An X-ray showed a malignant ulcer on his duodenum. Joyce at first refused an operation because it would be too expensive. After the operation, he had to have two blood transfusions. He tossed around, worrying about Lucia. Then he had a last brief talk alone with his wife. During the night he began to lose consciousness. (My ho head halls. I feel as heavy as yonder stone. . . . Night now! Tell me, tell me, tell me, elm! Night night! Telmetale of stem or stone. Beside the rivering waters of, hitherandthithering waters of. Night!) Unlike the Finnegans, Joyce never woke up.