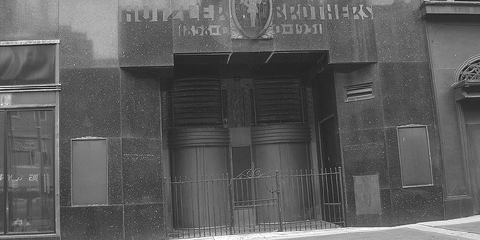 I do not know how many people gratefully knew, or knew of, Virginia Freedom — Mrs. Leon Freedom — who died in Baltimore recently. Thousands, I should think, though she never made sensational headlines.

I remember vividly our first encounter. It was shortly before the first Hiss trial. In a Baltimore department store, my wife and I became aware that someone was staring at us — a handsome woman, somewhat in the Valkyrie style. Then the Valkyrie asked shyly: “Mr. C?” I conceded, and she said: “I must talk to you.” Oblivious of jostling shoppers, the stranger talked. Her tale was of skulduggery on high, purporting to show how matters were being rigged against me. There was indeed mischief afoot, and she had come on traces of it.

That was Virginia Freedom’s way. Her sources of information were sometimes surprising. She had been a newspaperwoman (traces of the ordeal lingered in certain easy oddities of speech). To an uncommon intelligence, she united an almost inexhaustible memory, a volcanic zeal in research and a wide-ranging political interest (geopolitics was almost her undoing). She put them all into the service of fighting Communism. During the high days of the anti-Communist hearings, Mrs. Freedom (and a few friends) constituted themselves a kind of gadfly squad, erupting into legislative offices, and even into the Senate dining room, to exhort weary law workers, to supply background, leads and guidance. She was mistress of a good-natured sarcasm, and her accounts (with gestures) of Senator Needless To Name and Congressman You Know Who, being bemused by the simpler complexities of revolution, were often sidesplitting. (It was also possible to feel a certain compassion for the encircled legislators.)

I used sometimes to think of Mrs. Freedom as Thurber’s heroine, with the shotgun across her knees, saying: “There isn’t going to be any revolution!” Certainly not, if Virginia Freedom could stop it. She was a rallying force, and her energy had a rush and momentum that swept others along and kept them going in the worst of times. Yet, in careful sum-up, she could no more deceive herself about political realities than about political people. So she had, in reflective moments, a very sober view of the odds in the East-West conflict and the predicament of the American Right. But there was nothing cheerless about her. Fun burst into any room she entered, and continued, playing, sometimes hilariously, sometimes searchingly, over whatever she was girding at. A bigness, range and jollity of mind that seemed simply a superflux of that teeming energy — that is how Virginia Freedom will be remembered.

Mrs. Freedom died of a heart attack — in her sleep, the sovereign boon.

One Response to RIP: Virginia Freedom