The Revolt of the Intellectuals 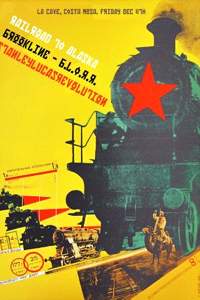 When the train of history makes a sharp turn, said Lenin, the passengers who do not have a good grip on their seats are thrown off. Last week the Communist Limited had just about completed the dizzy turn from the Communazi Pact to the Battle of Britain, and U. S. literary liberals were spattered all over the right of way. As the Red Express hooted off into the shades of a closing decade, ex-fellow travelers rubbed their bruises, wondered how they had ever come to get aboard. Observers wondered if they had learned enough to switch to the democratic rails stretching out into the shades of the decade ahead.

The ex-fellow travelers had certainly come a long way. In the U. S. of the ’20s with its humming factories and workers who were too busy raising families, buying radios and automobiles to think of striking, they had seen little to admire. Dolefully they clumped together in circles like The New Republic and The Nation. Substituting a good deal of intellectual inbreeding for organic contact with U. S. life, they developed a curious cultural provincialism. The Depression came to them as a refreshing change. Fundamentally skeptical, maladjusted, defeatist, the intellectuals felt thoroughly at home in the chaos and misery of the ’30s. Fundamentally benevolent and humane, they loved their fellow countrymen in distress far more than they could ever love them in prosperity. And they particularly enjoyed life when applause began to greet their berating of the robber barons, president makers, economic royalists, malefactors of great wealth.

From this it was but a step to supporting the Communist Party, especially when Marxists pointed out that while under capitalism, a writer is either a wretched hack or a vulgar best seller, under Communism he is a privileged employe of the State.

The rise of fascism completed the intellectuals’ conversion. Frightened by the fate of Germany’s intelligentsia, delighted by the chance to strike at Naziism in Spain, intellectuals lent their names, prestige, money, often militant support to dozens of committees (many of which they now realize were phony) to fight fascism and aid loyalist Spain.

With the exception of Granville Hicks, probably none of these people was a Communist. They were fellow travelers who wanted to help fight fascism. How should they know that Lenin was the first fascist and that they were cooperating with the party from which the Nazis had borrowed all their important methods and ideas?

By last week even the dullest fellow traveler had found out.

After Stalin‘s Purge, the Nazi-Soviet Pact, Russia’s grab of half of Poland, 1940 betrayed the full nature of Stalin’s hand with the attack on Finland, the seizure of part of Rumania, and all of the Baltic States. Fellow travelers began to jump off the train. Promptly Comrade V. J. Jerome the Party’s Führer for the U. S. Intellectuals, wrote a pamphlet (Intellectuals and the War) tearing his old friends to pieces. Jerome said his erstwhile friends were just capitalist stooges anyway. They “came like arrogant slummers… looked upon the working class as a pedestal upon which to rise. They saw an opportunity to ‘cash in’ on the publicity that the movement accords to those who join with the forces of progress.”

Meanwhile the intellectuals, refugees once more in their lonely remodeled farmhouses in Connecticut and the Berkshires, thought it over. Comrade Hicks, who had been closest to the Party, knew most about it, thought Communism was daily growing more like fascism. Waldo Frank, who claims that he fellow-traveled under the curious delusion that he could influence Communists toward higher things (“I knew in my heart that I couldn’t”), had left the Communists so far behind that it all seemed rather funny. Lewis Mumford. whose fellow-traveling consisted largely of letting Communist-front organizations use his name on letterheads, considered this one of “the shames of my life.” He also considered Communists “pernicious” —for Mumford, strong language. Malcolm Cowley, writing a book “to clarify my mind,” craved only to be left in peace to lick his spiritual wounds.

Furious Communists had no intention of leaving him or any of their former allies in peace. Old hands at character assassination and the literary smear (“General Krivitsky, you are Schmelka Ginsburg!”), they vilified the deserters in cartoons and articles. But with its first-string literati gone, the New Masses was reduced to printing shrill invective by Ruth McKenney (My Sister Eileen}, low growls by professional Communist Growler Mike Gold (Jews Without Money), venomous cartoons by William Gropper.

Lenin had warned: “The counterrevolution develops in exact proportion as the revolution develops.” Better than anybody, Communists knew that the experience of the ex-fellow travelers was by no means wasted, feared that the Party had trained a group of men who would one day help to destroy it. The literary intellectuals might be slow, lazy, self-important, unpractical, fussy or funny, but they had reached their convictions, “not without years in the wilderness and days of blindness.” Above all they were articulate.

In the decade beginning this year it remains to be seen whether Lenin was right, whether the U. S. literary liberals will bring their intelligence to bear effectively on the side of democracy. Already they had made a beginning. Waldo Frank had written one guide in his Chart For Rough Water. Mumford had written another in his simple and moving book Faith for Living, while in seven words he phrased what until then millions of his countrymen had felt obscurely: “The struggle is for the human soul.” 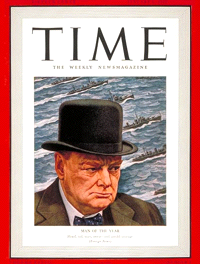 One Response to The Revolt of the Intellectuals