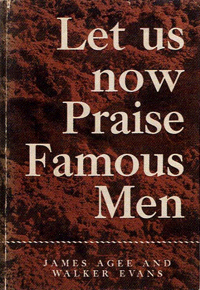 As a book, this is the most distinguished failure of the season. Its author willed it so. “This is a book only by necessity,” he remarks, in a preface devoted largely to alienating the reader; “it is intended, among other things, as a swindle, an insult, and a corrective.”

But it is also an experiment in communication: “an attempt to reproduce and analyze the actual.” Its medium: 32 photographs 1 by Walker Evans and a 471-page commentary by James Agee. 2 Subject: the life of three Alabama cotton tenant families, with whom the authors spent several weeks (as “spies”) in the summer of ’36.

Parts of the book come as close to reproducing the actual as words and pictures can. Evans’ photographs of the landlord, the tenant families, their houses and town are as direct and honest as though his camera had no lens at all. Agee heaps up verbal detail on everything he saw or imagined, including:

The different tastes of the three springs; the Gudgers’ kitchen bucket with its “fishy-metallic kind of shine and grease beyond any power of cleaning”; the exact texture of the house’s pine siding; the stinking clay yard, and “the chilly and small dust which is beneath porches”; a Mark Twainesque catalogue of livestock from cats and mules to the “clutter of obese, louse-tormented hens”; an inventory of the contents of every house, outhouse and room, including the smell of everything the author could (as he softly put it) “take odor of.”

Agee’s bad manners, exhibitionism and verbosity are a sort of author’s curse at his own foredoomed failure to convey all he feels. Conventional acceptance of his book would be “the one unmistakable symptom that salvation is beaten again.” His real aim is to enforce the realization that the Gudgers, the Ricketts and the Woods, whose hopeless, subhuman lives he reverently exposes, are now alive, human brothers of the reader, sharers of “certain normal predicaments of human divinity.” 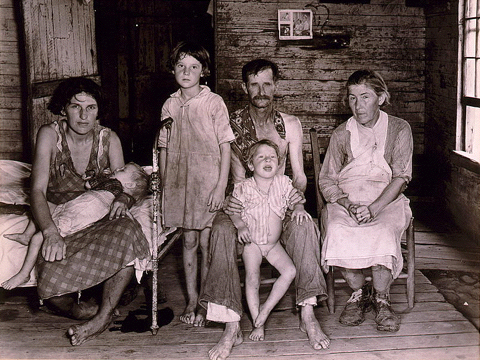 This obsession, more preacher’s than poet’s, drives Preacher-Poet Agee into some of the most exciting U.S. prose since Melville; into mind-wrenching gusts of irony, fury and scorn; into tedious stretches of self-indulgent introspection and childish philosophy. These are caused by Agee’s determination to be ruthlessly faithful to his own thoughts and feelings, even when they fail to make sense. His chief failure is one Photographer Evans scrupulously avoids: he clumsily intrudes between his subject and his audience, even when the subject is himself.

At his self-forgetful best, Agee has a delicacy and power that make the total effect of the book overwhelming. Even his most myopic descriptions are a poet’s, as in his treatise on “overhauls,” standard Southern farmworker’s garment:

A new suit of overalls has among its beauties those of a blueprint: and they are a map of a working man.” After a while “the edges of the thigh pockets become stretched and lie open, fluted, like the gills of a fish … The texture and the color change in union, by sweat, sun, laundering … into a region and scale of blues, subtle, delicious, and deft beyond what I have ever seen elsewhere approached … [The shirt] breaks like snow, and is stitched and patched … and stitches and patches are manifolded upon the stitches and patches, and more on these, so that at length, at the shoulders, the shirt contains virtually nothing of the original fabric and a man … wears in his work on the power of his shoulders a fabric as intricate and fragile, and as deeply in honor of the reigning sun, as the feather mantle of a Toltec prince. 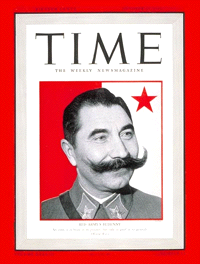