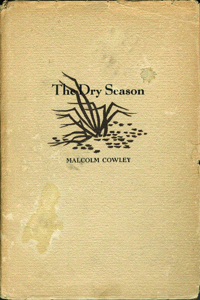 Most inopportune book of the month is The Dry Season, a slim, sage green volume of 17 poems by Malcolm Cowley, sometime literary editor of The New Republic, now chief information analyst of the Office of Facts and Figures. Congressman Martin Dies recently charged Cowley with having had “seventy-two connections… with the Communist Party and its front organizations.”

Two of the poems in The Dry Season seem designed to make Dies lift his calculations to 74.

“Tomorrow Morning” is an appeal to the “Mechanics of the morning, you of the blunt hands, the sensitive fingers,” to remember in the society of the future the anonymous intellectuals who were “swept by the same flood of passion toward the morning that is yours.” Some memorable lines:

We must rouse the labor unions, we must warn the Central Committee.

The “Last International” is Chief Analyst Cowley’s prescient vision of the dead march of his comrades “against the Capitol”: I saw them, yes, I saw their unbreathing armies marching against the Capitol in ranks that filled the boulevard from curb to curb….

He saw their “tight-clenched bony fists” and forearms raised in salute. He also saw the soldiers waiting for them.

“Comrades,” pleaded Poet Cowley, “not weaponless, not to crumple under fire. No farther, comrades.” But the comrades marched right on, even in the face of “an enormous thundercrack.”

I saw them sweeping forward, saw the soldiers that cast their rifles down and blindly fled; barons I saw and bankers and archbishops driven before the whirlwind of the dead.

The sky was suddenly blue and the sun shone red.

Other poems in Cowley’s new book are nostalgic American lyrics in the vein of his earlier collection, Blue Juniata. They reveal sound, minor poetic talent. 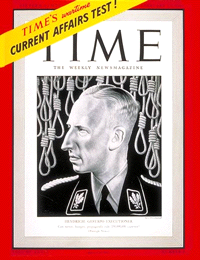