The Left Understands the Left 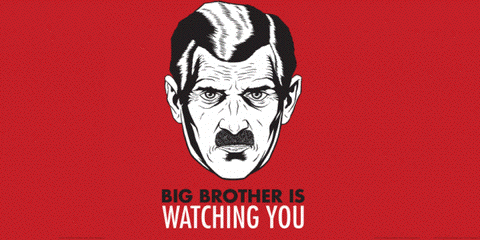 The wor1d is randomly streaked with comings and goings—the evidence of an intense activity, taking place largely out of sight. Sometimes, we catch glimpses of its passage. They are curiously suggestive. Usually they ask more than they tell. The comers and goers are, in general, public persons, but not, as a rule, official; though they may have been official a few moments ago, and may be official again a few minutes later. Such a public figure goes privately from America to India or Yugoslavia, for example—and sees whom; and what was said? A Soviet national comes to the United States in some unnoticed delegation, or one that is scarcely noticed, and, in any case, almost instantly forgotten. And, again, sees whom; and what was said? We are unlikely ever to know.

These half-glimpsed flittings fascinate by all they suggest, but do not tell. We can do little more than note them, though we may guess that, in the course of them, some little thread has been connected with some other thread, which, if we could see the whole web of the history of our time, might bear surprisingly on much that puzzles the mind about the underlying design.

Not long ago, I came on a little news item, dropped in more or less as filler—the brief news that Mr. Aneurin Bevan, on a recent trip to the Crimea, had been the house-guest of Mrs. Nikita Khrushchev. Presumably it was treated more fully elsewhere, but this was all that came my way. I found it a little nugget—one of those unnoticed bits of living history (unnoticed, certainly, by thousands living around me), which, like a bead of radium, lights up shoals of darkness, though the nature of radium remains a riddle, and what we see by its glow chiefly perplexes.

Mrs. Khrushchev perplexes. She is the wife of a man whose name, a year or so ago, was all but unknown to the West, but who in some six months has emerged as one of the most powerful men alive. The West knows so little about his wife that the discovery that she exists at all was something of a scoop. It is said that—another victim of “the cult of personality”—she passed some years in a Siberian slave labor camp. Khrushchev, meanwhile, stayed at home, as Stalin’s Paramount Chief in the Ukraine or in the powerful Moscow Party section. He seems to have been able, or willing, to rescue his wife only after the Georgian’s death. Some link this large restraint with the gossip that makes Elena Furtseva Mrs. Khrushchev’s great rival. It seems to be true that Khrushchev moved his wife back from Siberia not long before he moved Furtseva into the Praesidium of the Soviet Communist Party.

Such Suetonian tales, perhaps a little true and largely silly, usually predispose us toward the wife. So does Mrs. Khrushchev’s apolitical appearance. She looks like the type of peasant woman whom a Russian once described to me as: “A meal sack with a rope tied round the middle.” (Of course, that Russian was not a Communist, but a Socialist Revolutionist; as solemn heads everywhere know, humor is the seed of heresy.)

Mrs. Khrushchev is burlier than the type, which tends to softness. In that plain, earthy face is read a vigor of the twofold kind that will rush in tears to rescue a kitten drowning in a rain-barrel, while snatching up, on her way, a chicken whose head she will, without pausing in her rush, tweak off, with the evening meal in mind. Of course, there is nothing exclusively Russian in that; peasants everywhere act much alike. Yet the Russian peasant does seem to have a special dialectic talent for combining opposites. A Yiddish writer summed it up to me this way: “A Russian peasant is a man who will go to endless pains to murder his grandmother by burning her alive in her hut. But then he remembers that the canary is also inside, and, at peril of his life, plunges into the flames to save the bird.” A good deal that happens inside Russia is scarcely comprehensible in any other terms.

Yet I prefer something else. A former Russian anarchist, then old and gravely ailing, once showed me a little photograph of himself, taken in Tsarist days when he was in Siberian exile. In it, the sick man, stooping beside me over the picture, was seen as a youth, seated by a window filled with potted plants, in a Siberian isba. He was wearing a collared Russian blouse, and the lightly melancholy smile proper to his age, and to the revolutionist of that other age. The old man beside me mused: “The Siberians are not a mellow people, like the Russians; But, you see — there are flowers in the window. So, you see” — and here his voice dropped into that dying fall in which the Russian voice catches at times the weight of all this weary, unintelligible world — “so, you see, there is something gentle in those people, too.”

What Did They Talk About?

Perhaps there is something gentle in Mrs. Khrushchev, too, if you are lucky enough not to be a chicken at meal time. What suffering she must have known and seen-revolution, civil war, famine, purges, murder of classes, nations, friends, world war, terror, terror, terror, such as hunting and hunted animals live in hourly — and, at last, a slave. This Lady Macbeth from Mtsensk might also say: “I have supped full with horrors.” Is that what she said to Aneurin Bevan?

For, of course, it was his entrance under her battlements that made the news item seem to me a nugget. What was he doing in that galley? What was said across the pertsovkas? Aneurin Bevan, it is generally supposed, will be Britain’s foreign minister — perhaps its next one — if the Labor Party comes to power, as it may do in two years time or less. (In Britain, prices are up 50 per cent in seven years; interest rates as high as 7, some say 8 per cent; gold and dollar reserves down $517 million in two months; good growing weather for Socialism.) Did they talk about that? Language would have been no barrier; they share a basic language. Keynes is a dialect of Marx not too greatly different than Slovene, say, is from Russian.

Did they talk about what, as foreign minister, Bevan might do to shoehorn Communist China into the UN; to pluck some feathers from the mutually detested conservative, the German Chancellor Adenauer; to coax American air bases out of Britain; to curb American thermonuclear prowess? It all falls under the plausible head of “relieving world tensions.”

Or did they discuss common housekeeping details—the theoretical developments now being argued, heatedly within Western Socialism, violently within Communism? The nub of that debate is the question of how some individual freedom can still be had, and how much, while still having socialism. The degree to which Communism and socialism can approach each other over that bridge underlies one of the strategies implied in the theses of the 20th Congress of the Soviet Communist Party.

Did they discuss the tactical shift within British socialism whereby the Labor Party, with an eye to votes and much else, has shelved outright nationalization, at least for a while, in favor of a Socialist government’s buying. into key industry as majority stockholder; thus letting the old managers continue to do the work they do, in general, so much better than Socialist bureaucrats—namely, that of managing their own business, but as hirelings of the Socialist State? We can only guess. We are unlikely ever to know.

But we know this: Aneurin Bevan has long been a spokesman of that section of British socialism which has shrilly demanded that Britain’s Conservative Government cease its development of thermonuclear weapons. “I see no purpose,” Bevan recently (and shrilly) confided to Prime Minister Nehru about the H-Bomb, “in Britain arming herself with that useless weapon.”

We live and learn, especially if we have been to Mrs. Khrushchev’s. After his Russian visit, Mr. Bevan reversed his field to such effect that a motion putting the Labor Party on record against thermonuclear development was voted down 5 to 1 at the Party’s latest Congress, with Mr. Bevan himself steering the steamroller amidst shouts of: “Turncoat,” “Traitor,” from that plangent minority which never learns that to gain power is what political parties first of all exist for. Why this turnabout? Well, you can scarcely elect an average Briton to vote for you as Socialist if, by doing so, he must also vote against his own thermonuclear self-defense. We are also told that, in Russia, Khrushchev gave Britain’s presumptive foreign minister some specific Socialist advice: “Don’t give up your Bomb and leave a vacuum.” A vacuum? That is to say: Don’t leave the United States, the one great power uncommitted to socialism, as the one thermonuclear power in the West.

Beyond that, what does this mean? I can only tell you what I think it means. Around 1951, one of the British Socialist leaders — Mr. Hugh Dalton, if I remember rightly — was urging on a Labor Party gathering a more conciliatory line toward the Soviet Union. In clinching his plea, he said: “The Left understands the Left.” Yes, that is the crux of the matter. It is to say that, in the showdown, despite all brotherly invective and despite all brotherly arm-twisting, socialism still has more in common with Communism than either of these two has with conservatism. “Do not give up your Bomb and leave a vacuum.” How that might work out with Mr. Bevan as foreign minister, in some tearing crisis of the East-West conflict, none of us knows. Neither is it at all difficult to imagine how it might work in terms of a Britain disposed by a justifiable self-interest to neutrality, and disposed by a Socialist government to conciliate Communism. The Left understands the Left.

3 Responses to The Left Understands the Left