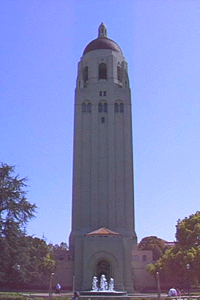 The world’s greatest collection of incendiary literature was last week opened to the public by Herbert Hoover. It is the Hoover Library of War, Revolution, and Peace on the Campus of Stanford University. The Library is also the world’s hugest collection of social and political documents, and all of them relate to the contemporary world. Mr. Hoover has spent some 25 years collecting its vast, inflammatory archives, so that the hushed new Romanesque tower is a storehouse of most of the social and political dynamite of our times. There are the secret minutes of chancelleries and general staffs, secret memoirs, state papers, conspiratorial records of revolutionary parties and governments, data on plot and counterplot, war, espionage, assassination, treason. Far more complete than the great French, British and German war libraries (even if these were available), the Hoover Library makes Stanford the future focus for all important study in 20th-century social history.

Hoover got the idea for his library while he was crossing the North Sea in 1914. Instead of worrying about drifting mines, he read the autobiography of Cornell University’s Andrew White. The spark that fired Hoover’s high-test historical sense was President White’s observation that most of the records of the French Revolution are lost. Hoover is a firm believer that social and political records tell more about an age than military records. He also knew that the French Revolution was a minor engagement compared with the period in which he was playing a major part. He saw that for an archivist there was no time to lose.

“Gigantic boils” of European civilization had been lanced, Bernard Shaw said, “by a million bayonets.” World War I ended in revolution in Russia, Germany, Austria-Hungary. From Russia the wave of the future threatened to engulf Europe as it later engulfed Germany under the Nazis. The Bolsheviks fighting on six fronts began a systematic terror that bagged some 3,000,000 victims in six years, while hungry ravens forced themselves through the boarded glassless windows of Moscow’s Hotel Lux.

In Hungary a sadistic Bolshevik schoolteacher named Tibor Szamuely made Elizabethan progresses through the countryside, stringing up uncooperative peasants to the nearest trees (“Szamuely fruit”).

It was the first stage of the world revolution, and Herbert Hoover, unlike most conservatives, knew it almost as soon as the revolutionists. He also had a formula for checking it: food. He was so successful that Communists hate no one worse than Hoover, whom they accuse of overthrowing the Hungarian Soviet by withholding rations. But while, as a practical man, Hoover was saving Europe’s civilization with U.S. food, as a scholar he was saving Europe’s social records.

From General John J. Pershing, Hoover asked 15 history professors and students then serving in various ranks of the A.E.F. He sent them in uniform to the governments whose people he was feeding. They made the right contacts, snooped for archives. They found so many that Hoover was soon shipping them back to the U.S. as ballast in the empty food boats.

Some 15 carloads of material came from Germany alone. Among them: the complete secret minutes of the German Supreme War Council—a gift from President Fritz Ebert. “Ebert, you know, was a radical,” says Hoover, “with no interest in the work of his predecessors.” Later the German Government asked that the collection be kept secret for 30 years. The Library agreed.

When the Bolsheviks overthrew the liberal Kerensky Government, Kerensky’s foreign minister, learned History Professor Paul Miliukov, told Hoover he had hidden tsarist archives in a barn in Finland. “If you can get them,” said Miliukov, “you can have them.” “Getting them was no trouble at all,” says Hoover. “We were feeding Finland at the time.”

The Russian Bolsheviks cooperated from the first, allowed Hoover’s representatives to remove 25 carloads of material. It includes the minutes of all the big town and district Soviets and comprises the largest soviet archive in the world, not excluding those in the Soviet Union.

The Library’s irreplaceable Hungarian archives came in a different way. When the Hungarian Soviet fell, Hoover Representative Ralph Haswell Lutz (now chairman of the Library’s Board of Directors) strolled around to the soviet offices to see how things were going. The Communists were all gone. “You may remember,” says Hoover pleasantly, “that a number of them killed themselves.” So Lutz had a truck back up to the door, removed two large packing cases full of records to the U.S. Consulate where he defended them against all comers. Later the Horthy Government requested that they be returned. The Hoover Library agreed provided the Hungarians would supply photostatic copies.

Curators and archivists of these tremendous items (“if,” says Hoover, “you want to call them items”) are Head Librarian Nina Almond and a staff of eight librarians, eight assistants and secretaries. Also in their care are:

New material for these collections is constantly being gathered. World War II caught Hoover collectors looking for data on Naziism and Fascism. Shiploads of their findings are tied up in Europe waiting for peace.

The Library also has an expanding file on Communism in the U.S., and, adds Hoover without pausing, “we also have a wonderful collection on the New Deal including some things you cannot find in Washington.”

So much of the Hoover collection was secured by timely salvage operations and from official sources that most of it was free. Partly financed through Stanford University, it is endowed with a $500,000 fund and several special gifts. The building, for which $600,000 was raised, is “supposedly earthquake-proof.” The seven floors of stacks in the library tower (a reproduction of the cathedral tower at Salamanca) get no sunlight but are strongly and uniformly illuminated by prismatic globes, to the wonder of Engineer Hoover.

One section of the Library fills him with a wonder that is more Dantesque—the propaganda section. It contains, he says, “probably more lies, half-truths and untruths” than any other similar room in the world. What deeply troubles Herbert Hoover, who knows in a personal way something of the vicious effects of lies, is the inability of propaganda-poisoned people any longer to know when they are being poisoned. He sees in the Library’s propaganda section evidence on a vast scale of “the mind’s total abdication from truth.” If he is right, the Library may prove to be a monastery in a dark age, where scholars may help man to understand his ancestors’ errors and reason to regain her throne. 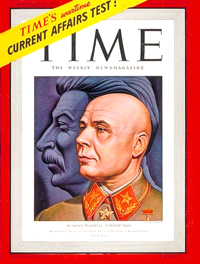 One Response to Hoover Library