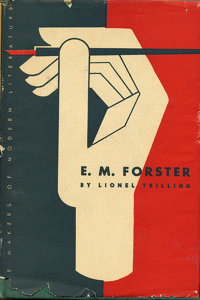 Some 30 years ago young Novelist E. M. Forster sat with his friend, Philosopher Goldsworthy Lowes Dickinson, in the palace of the Maharaja of Chhatarpur and heard the nabob cry: “Tell me, Mr. Dickinson, where is God? Can Herbert Spencer lead me to him, or should I prefer George Henry Lewes? Oh when will Krishna come and be my friend? Oh Mr. Dickinson!”

Twelve years later, Author Forster caught and fixed the echo of this cry, so absurd in its phrasing, so desperate in its need, in A Passage To India, one of the century’s most sensitive and provocative novels. Last week Novelist Forster, who has never written a novel since, found himself the subject of an unexpected revival. Two of his earlier novels (Howards End and Where Angels Fear To Tread) were reissued by Alfred A. Knopf. Two others (A Room With A View and The Longest Journey) were reissued by New Directions. Novelist Forster and his work were analyzed by Columbia University’s Lionel Trilling in the first important For ter study in English.

What was the reason for this sudden burst of enthusiasm for a man who has been so successfully neglected that many people did not know whether he was dead or alive?

Why the Excitement? Part of the reason, perhaps, was the recent renewal of interest in India, and the realization that Forster’s 20-year-old novel, by approaching the problem through India’s humanity instead of through India’s politics, was far & away the most revealing book on the subject. But most of the current Forster enthusiasm was due to the realisation, which has been slowly percolating for years, that Edward Morgan Forster is probably the most distinguished living English novelist.

Trilling’s book, part biography, part criticism, attempts to tell why. The heart of Trilling’s book is the brilliant chapter called Forster and the Liberal Imagination, which set liberal tongues fussily wagging when it appeared in somewhat different form in the Kenyan Review last year. For this chapter is a shrewd study of the prevailing mentality—the liberal mind—and the first successful attempt to set Forster in the context of his time, to explain why Forster irritates so many people by “his refusal to be great,” why he is a liberal “at war with liberalism.”

Critic Trilling approaches this paradox by way of Novelist Forster’s literary “manner.” “That manner,” says Trilling, “is comic; Forster owes much to Fielding, Dickens, Meredith and James … Stendhal believed that gaiety was one of the marks of the healthy intelligence, and we are mistakenly sure that Stendhal was wrong. We suppose that there is necessarily an intellectual ‘depth’ in the deep tones of the organ; it is possibly the sign of a deprivation — our suspicion of gaiety in art perhaps signifies an inadequate seriousness in ourselves. A generation charmed by the lugubrious — once in O’Neill, Dreiser and Anderson, now in Steinbeck and Van Wyck Brooks — is perhaps fleeing from the trivial shape of its own thoughts.”

Whim of Iron. “What Forster wants to know about the human heart must be caught by surprise, by what he calls the ‘relaxed will,’ and if not everything can be caught in this way, what is so caught cannot be caught in any other way. Rigor will not do. Forster teases his medium and plays with his genre. He scorns the fetish of ‘adequate motivation,’ delights in surprise and melodrama and has a kind of addiction to sudden death.” He has, says Trilling, “a whim of iron.” And “to accept Forster we have to know that . . . improbability is the guide to life.”

“Across each of his novels runs a barricade ; the opposed forces on each side are Good and Evil in the forms of Life and Death, Light and Darkness, Fertility and Sterility, Courage and Respectability, Intelligence and Stupidity— all the great absolutes that are so dull when discussed in themselves.” But the comic manner, which Forster affects, “will not tolerate absolutes.” It stands on Novelist For ster’s “barricade” and smiles with maddening good humor on both sides. In this comic manner lies a method: “The fierce plots move forward to grand simplicities, but the comic manner confuses the issues, forcing upon us the difficulties and complications of the moral fact. The plot suggests eternal division, the manner reconciliation; the plot speaks of clear certainties, the manner resolutely insists that nothing can be quite so simple. ‘Wash ye, make yourselves clean,’ says the plot, and the manner murmurs, ‘If you can find the soap.’ ”

Uneasy Feeling. This paradox, Trilling implies, is a paradox only when readers do not understand Forster’s “peculiar relation” to the “liberal tradition, that loose body of middle-class opinion which includes such ideas as progress, collectivism and humanitarianism.” Forster has always worked within this tradition—”all his novels are politically and morally tendentious and always in the liberal direction.”

But Forster is “deeply at odds with the liberal mind.” Liberals may go a long way with Forster; “they can seldom go all the way.” They smile happily when Forster flays the manners and morals of the British middle class, when he whoops up the “virtues of sexual fulfillment” and “the values of intelligence,” when he satirizes the powers that be, “questions the British Empire, and attacks business ethics and [British] public schools.” And yet they have an uneasy feeling that “Forster is not quite playing their game,” that his comic manner is “challenging” liberals as well as what liberals dislike. Says Trilling: “They are right. For all his long commitment to the doctrines of liberalism, Forster is at war with the liberal imagination.”

Is It Cricket? Liberals have always preferred the game of good v. evil, “the old intellectual game of antagonistic principles. It is an attractive game because it gives us the sensation of thinking, and its first rule is that if one of two opposed principles is wrong, the other is necessarily right.” The importance of Forster’s work is that he will not play this game; or he plays it only to make fun of it.

“This indifference to the commonplaces of liberal thought makes the very texture of Forster’s novels …” The theme of Forster’s first novel, Where Angels Fear To Tread, is the “violent opposition between British respectability and a kind of pagan and masculine integration” in the character of Gino Carella. “For the poor, lost, respectable British people, Gino may serve as the embodiment of the masculine and pagan principle, but Forster knows that he is also coarse, dull, vain, pretentious, facilely polite and very much taken with the charms of respectability.”

In The Longest Journey Forster despises his hero, Gerald, because Gerald is a prig and a bully. But he gives to Gerald’s death “a kind of primitive dignity” by describing the servants who wept: “They had not liked Gerald, but he was a man, they were women, he had died.” In A Passage To India, Cyril Fielding, who as a bachelor bravely opposed Anglo-Indian snobbism and narrowness, becomes snobbish and narrow himself when he marries and becomes an official. Dr. Aziz changes from the sensitive, enlightened Indian to an impudent, cocksure babu.

When Forster described businessmen somewhat leniently in Howards End, D. H. Lawrence wrote him that he had made “a nearly deadly mistake … Business is no good.” “But Forster, who is too worldly to suppose that we can judge people without reference to their class, is also too worldly to suppose that we can judge class-conditioned action until we make a hypothetical deduction of the subject’s essential humanity. It is exactly because Forster can judge the ‘business people’ as he does, and because he can judge the lower classes so without sentimentality, that he can deal firmly and intelligently with his own class …” Says Trilling: “So much moral realism is rare enough to be a surprise …”

The Human Possibility. Trilling also pays his respects to Novelist Forster’s “attachment to tradition … Most of us, consciously or unconsciously, are discontented with the nature rather than with the use of the human faculty; deep in our assumption lies the hope and the belief that humanity will end its career by developing virtues which will be admirable exactly because we cannot now conceive them … This is a moral and historical error into which Forster never falls; … The very relaxation of his style, its colloquial unpretentiousness, is a mark of his acceptance of the human fact as we know it now. He is content with the human possibility and content with its limitations. The way of human action of course does not satisfy him, but he does not believe there are any new virtues to be discovered; not by becoming better, he says, but by ordering and distributing his native goodness can man live as befits him.” 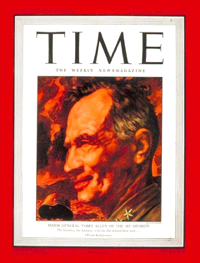