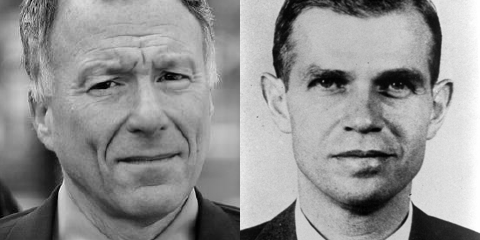 Your article “Trial’s Lesson: Just Take the Fifth” (Politics & Economics, March 7) may have stretched matters comparing the perjury cases of Lewis “Scooter” Libby and Alger Hiss. Following its logic, the statute of limitations always protected Mr. Hiss, so his only legal risk in testifying was perjury.

Mr. Hiss, however, may have feared that invoking the Fifth Amendment privilege against self-incrimination would seem an indirect admission of guilt. He was, after all, head of the Carnegie Endowment at that time. He may have feared inviting suspicion or risking further investigation of other alleged Communists in government. We know only one thing: Mr. Hiss leapt at the chance to testify early on. His strategy backfired because his story didn’t hold from the start, leaving time for damaging evidence to emerge, most famously the Pumpkin Papers. In contrast, Libby & Co. had no statute of limitations covering the Plame affair, so anyone accused would be in legal danger, whether pleading the Fifth or not.

After the Hiss case, the nation descended into McCarthyism before snapping back. What has happened in the Libby case? So far, attacking Joe Wilson by exposing his wife has succeeded in diverting the public away from the issue of just cause for war in Iraq. Mr. Libby’s verdict has neither cleared up the Plame affair nor our cause for war.

While you debated whether perjury was too risky without having facts made clear, the Libby case may have proven something else: Perjury may steer risk away from others by not making facts clear. Short of Pumpkin Papers a la Plame, we may never know more.

(Mr. Chambers is a grandson of Whittaker Chambers, who accused Alger Hiss of Communist espionage.)

(Response: “The Great Pumpkin Rises from the Patch“)