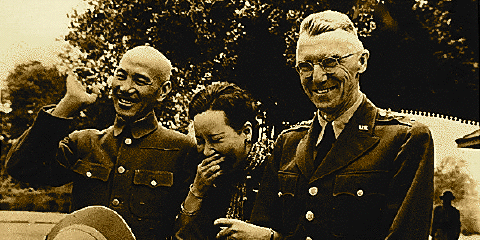 Sixty-nine years ago today, TIME magazine published a controversial article edited by its then Foreign News desk editor, Whittaker Chambers. It analyzed the recall of U.S. general Stilwell from China as head of the Chinese nationalist army.

Chambers’ assessment of the situation was blunt:

Stripped to the bare facts, that situation was that Chungking, a dictatorship ruling high-handedly in order to safeguard the last vestiges of democratic principles in China, was engaged in an undeclared civil war with Yenan, a dictatorship whose purpose was the spread of totalitarian Communism in China. At the same time Chungking was locked in a life and death struggle with Japan.

No matter that Chambers had called both nationalist and communist governments “dictatorships.” He had also criticized American journalists who had lauded the Chinese Communist regime (then in Yenan). Fellow TIME staffers who were Chinese Communist sympathizers—notably Teddy White — took deep umbrage at his criticism and never forgave him.

But Chambers was concerned with the long term. He would later reflect on those times: “China was the key to world politics… To lose China to Communism was to risk losing World War III.” (Witness 1952, p. 87)