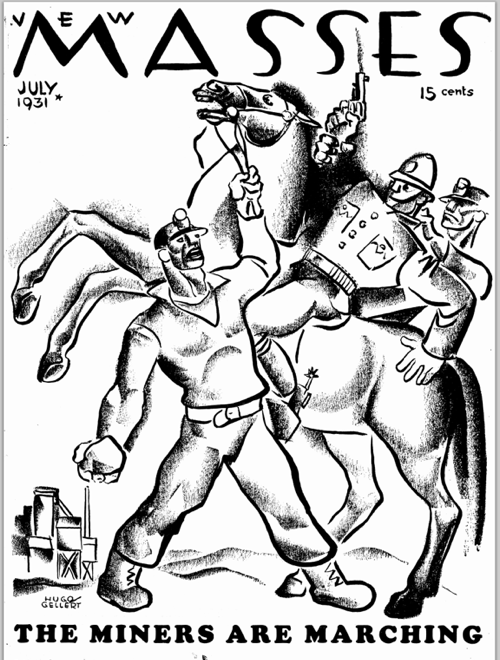 1931 marked more than a decade of coal mine wars of West Virginia that started with the Matewan Massacre (1920) and the Battle of Blair Mountain (1921). William Z. Foster, leader of the American faction that won Stalin’s support in 1929, was a major proponent of CPUSA alignment with the United Mine Workers of America (UMW). This background no doubt formed part of Chambers’s thoughts when writing this poem.