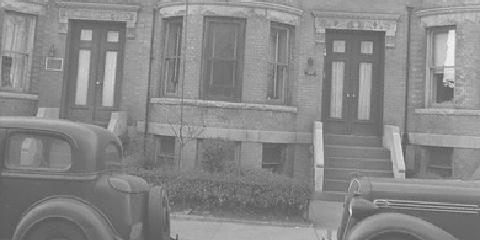 Not everyone in the family escaped after Whittaker Chambers defected from the Soviet underground in April 1938.

On November 17, 1948, Chambers returned for pre-trial examination with Alger Hiss. With him, he brought the “Baltimore Papers.” These papers formed the bulk and only items of significance in the “life preserver” he had kept instead of delivering over weeks and months in 1937-1938 — copies of official documents stolen by his spy apparatus.

Many papers from Alger Hiss and Harry Dexter White because, he wrote, “There was much of the Hiss material because he was the most productive source.” 1 In contrast, he wrote, there was no information from “Julian Wadleigh because, in the spring of 1938, he was out of the country on a diplomatic mission to Turkey.” 2

Hiss’ lawyer, William Marbury (a founder of DLA Piper) had precipitated production of the Baltimore Papers by demanding any letters or other communications from Hiss that might be in Chambers’ possession. During the next session, Marbury repeated his demand, at which point Chambers’ lawyer Richard F. Cleveland (son of former U.S. President Grover Cleveland) advised him that he should produce anything he might have. 3

On December 8, 1948, a nephew of Esther Shemitz Chambers, Nathan L. Levine, testified under subpoena before HUAC about retrieval of the life preserver: 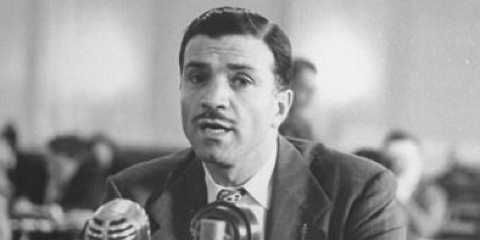 [The package was] approximately 7 inches wide and about 11 or 12 inches long, and approximately an inch to an inch and a half in thickness… It was a manila envelope, and it was gummed. I believe there was a piece of gum placed over the flap. This gum piece is white with a red border… I believe it was either elastic or rubber band, or possibly cord that originally bound it.

About 4 weeks ago this past Sunday he was at my home. On that morning I had received a telegram from him. which telegram was telephoned by Western Union to my home. Previous to that, on either the Thursday or Friday prior thereto, he had telephoned me and stated that he wanted to see me and said that he would contact me on Sunday… “Arriving 1 o’clock. Have my things ready,” or words to that effect.

[My wife] said to me, “What does he mean?” I said “I will be darned if I know. He probably has some books and pamphlets in the cellar of my mother’s home…”

At some time after 1 o’clock I received a telephone call from him telling me he had arrived and was coming down… During the conversation mention was made of a package that he had given to me some 10 years prior.

I took him to 260 Rochester Avenue, Brooklyn, NY. We went into the house… After I removed my coat, we went upstairs. I then went into the air shaft through the bathroom on the second floor and reached up and looked for this package. I got the package and gave it to him with the 10 years of dust on it. Part of the dust fell off into the bathtub, onto the bathroom floor, and all over, and my hands were filthy. I remember that we washed our hands…

A little later he went into the kitchen and he apparently opened up the package. At that time I was in the bathroom cleaning up the mess in the bathtub and on the floor and on the sink. On one occasion I came into the kitchen and he was standing about the middle of the kitchen with some papers in his hands, and he uttered an exclamation to me which I don’t remember the exact words — it was either “holy cow!’ or’ some exclamation, “I didn’t think that this still existed,” or “was still in existence!”…

I went to the hall. When I came back later, he asked me to obtain an envelope or what they call a folder, and I went downstairs and procured a folder and gave it to him. I think I went back to the hall and then a little later we left. 4

Chambers then surrendered the papers to Cleveland, who urged him to submit them to Marbury. Next, Hiss’ attorneys took testimony from Esther Shemitz Chambers, who “harried her to tears.” Before they left that day, Chambers wrote, “I had decided to introduce the copied State Department documents into the pre-trial examination the next day.” 5

When the examination opened, I said that I should like to make a statement. I said, in substance, that until that time I had testified only to Alger Hiss’s Communism . I had done so because I wished to shield him . I could not shield him completely, but I had hoped to shield him from the most shattering consequences of his acts as a Communist. I had tried to shield him because, in my own break with Communism, I had been given,strength and a time in which to reshape my life. I did not wish to deprive Hiss and others of the same possibility that had been granted me. But now I must testify that Alger Hiss had also committed espionage. In response to William Marbury’s request, I had brought evidence of that. Then I exposed the documents and the memos on the table in front of me…

At the far end of the room, Marbury sat, staring fixedly at the table. At his right, another member of the Marbury firm watched the listing and listened to the reading with an expression of bewildered anxiety. Harold Rosenwald had got up from his place almost at once and stood staring gloomily out of the window with his hands clasped behind him.

When Hiss’s handwritten memos were introduced, Marbury asked to see one . At the same moment he was called to the telephone. Taking the memo with him, he went into his own office. If there had been a doubt in anybody’s mind that Marbury had compared the handwriting in the memo with some specimen of Hiss’s handwriting on his desk, Marbury’s face left little doubt when he returned. It was, of course, the same handwriting.

After the introduction of the documents, my examination was resumed. But the old spirit had gone out of it. That afternoon concluded my pre-trial examination until after Hiss’s indictment. 6

Years later in January 1972, after I had come to know “Uncle Nate,” my parents received a terrible phone call. Someone had entered his law office at 501 Fifth Avenue in Manhattan (across from the New York Public Library and Bryant Park) and had shot Uncle Nate. Soon after, he died at St. Clare’s Hospital. 7

The coincidence was chilling. Some years after the fact, the man who had hid Whittaker Chambers’ “life preserver” had himself been gunned down. It seems he did not escape.

One Response to The Baltimore Documents