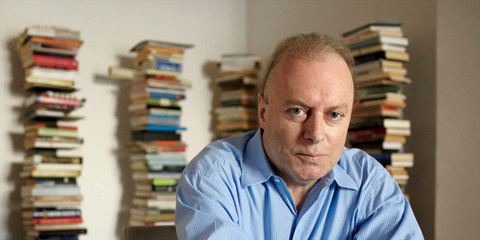 Yesterday’s death of Christopher Hitchens (1949–2011) marks the beginning of the end of Cold War-born intellectuals. The timing of his birth ensured that a mind like Hitchens’ would confront the issues of his day head-on. Thus, Hitchens wrote about Whittaker Chambers perhaps more often than any other writer of the Cold War period, excepting William F. Buckley, Jr. (Chambers’ posthumously self-appointed official annointer and hagiographer).

A favorite item for Hitchens to attack was religion and a favorite passage the Chambers’ “ear-flap-based assumption” to prove the existence of God 1:

Whittaker Chambers, author of Witness, one of the most influential works of secular confession ever penned, said once that he saw his baby daughter’s beautiful ear one day and realized in a flash of grace that something so perfect must have been created. Go figure; even on a good day my son’s ears furnish persuasive arguments for evolution. There are as many impressionist arguments for God’s existence as there are human moods, and you can’t argue with someone’s gestalt. But nor can you found a religion based on Miss Chambers’ ear. 2

In the same piece, Hitchens described his preferred mode of death:

…What might happen if you got over or through “the event horizon” and fell into a black hole:

Before you lose sight of the outer world, you would see things happening, and you would see them happening at such a great rate that it would look like a fireworks display. The frustration would be that although you would be able to see everything that happens in the future it would be going so fast that, from a scientific point of view, you would have no time to analyze it. You wouldn’t be able to take it in, and eventually things would be going off so fast and it would be so explosive that you yourself would be destroyed by the explosion. It would be a very exciting way to end one’s life. It would be the way I would choose if I had the chance. 3