The Sanity of Saint Benedict

By David Chambers On 2012.07.01 · Leave a Comment · In Biography, Current Affairs, History, Politics 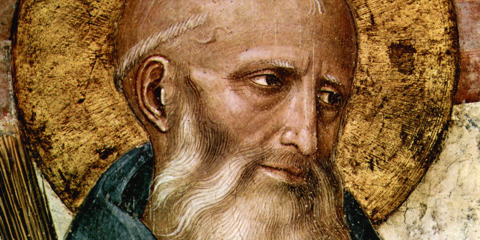 Writing for Commonweal magazine, Whittaker Chambers continued his musings on the meaning of history with this article in September 1952. After some childhood reminisces, he recalls the power words of an instructor in Contemporary Civilization: “the world is entering upon a new Dark Ages.” He ponders the “the crisis of Rome” and the counter-message of St. Benedict (a subject he had first visited for Time magazine in an article about the restoration of the monastery at Monte Cassino).

“Crisis” is a constant theme in Chambers’ writings, and long-term concerns appear here: the Western World’s “spiritual despondency, its intellectual confusion, its moral chaos, the dissolving bonds of faith and loyalty within itself, its swift political decline.” Again appears the question that appears in writings from St. Luke to Lenin: what then must we do?

“Answers to such questions could not be extemporized,” he then begins: read more in “The Sanity of St. Benedict.”