LETTERS TO THE EDITOR

Sir, – Eric Rauchway‘s review of Benn Steil‘s book The Battle of Bretton Woods contains a common mistake about my grandfather, Whittaker Chambers. He did not defect in 1938 “after a religious revelation”. He left for a variety of reasons related to fear and loathing of Stalinism. They included the Great Purges and Soviet conduct during the Spanish Civil War. 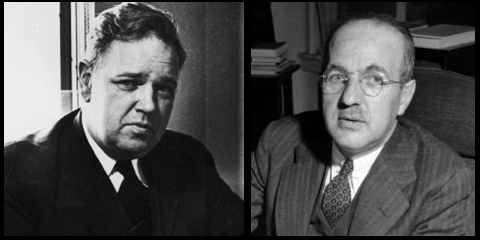 Most influential was the purge of his own GRU network. “Suddenly, revolutionists with a lifetime of devoted activity would pop out, like rabbits from a burrow, with the G.P.U. close on their heels – Barmine from the Soviet legation in Athens, Raskolnikoff from the Soviet legation in Sofia, Krivitsky from Amsterdam, Reiss in Switzerland” (see Witness by Whittaker Chambers, page 36). His closest American comrade in the underground barely escaped Moscow with his life. Another (Juliet Poyntz) disappeared off the streets of New York City. The final straw (though he himself does not call it so) came when he received his own summons to Moscow. Finally, “I heard their screams” (Witness, page 80). Religion followed sometime after. First, he had to survive and then start a new life.

3 Responses to TLS Letters to the Editor: Harry Dexter White