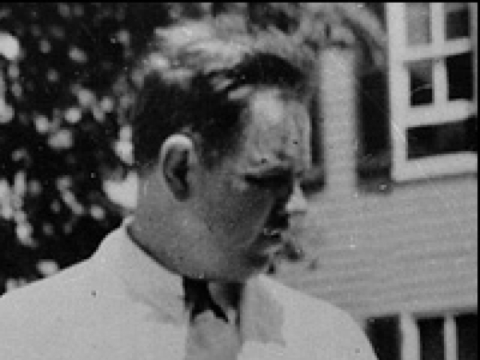 The website of the Federal Bureau of Investigation (FBI) has recounted the conviction of Alger Hiss 63 years ago this month in its blog “A Byte Out of History.”

It characterizes the 18-month ordeal by stating, “The central issue of the trial was espionage.”

The agency describes Hiss as a “well-educated and well-connected former government lawyer and State Department official who helped create the United Nations in the aftermath of World War II.”

It describes Whittaker Chambers more simply as a “senior editor at TIME magazine… called by the House Committee on Un-American Activities [HUAC] to corroborate the testimony of Elizabeth Bentley.”

The agency describes Bentley as a “Soviet spy who had defected in 1945 and accused dozens of members of the U.S. government of espionage.”

It adds, “One official she named as possibly connected to the Soviets was Alger Hiss,” but she did not name Hiss during her public testimony before HUAC on July 31, 1948. 1

As the investigation into Bentley and related matters deepened in 1946 and 1947, Congress became aware of and concerned about the case. Details leaked to the press, and the investigation became national news and embroiled in partisan politics in the run up to the 1948 presidential election.

One long-term contention by Hiss supporters is that Congress “became aware of” Bentley specifically thanks to the FBI (by leak).

While the agency then offers some of its FBI documents regarding Elizabeth Bentley online, it fails both to note or comment on why the Hiss files are no longer available there — clearly missing in the alphabetized listing of the FBI “Vault.” This fact is even stranger when considering one of the closing lines of the article: “An extensive FBI investigation helped develop a great deal of evidence verifying Chambers’ statements and revealing Hiss’ cover-ups”–if that is so, why are the FBI’s Hiss documents no longer online?

The agency credits then Representative Richard Nixon for pursuing the case.

In this new piece, the FBI also continues to propagate a lack of surrounding the “Pumpkin Papers.”

First, it fails to differentiate between the “Baltimore Documents” (photostatic copies of actual handwritten and typewritten notes by Alger Hiss, Harry Dexter White, and others) produced by Chambers in November 1948 during pretrial discover for a third case of what TIME magazine called the Hiss Case’s three-ring circus. 2 Hiss’ lawyers, William L. Marbury and Charles C. G. Evans, both advised Hiss to have that evidence give to the U.S. Department of Justice. 3 Before the microfilm (the “Pumpkin Papers”) even came to light a few days later, Marbury was expressing his concern to Hiss:

I talked to Alger and Priscilla and said that I feared Alger would be indicted and might be convicted. Priscilla looked stunned. Alger said that he knew he was innocent and had confidence that the would prevail. I told that even so, they had better prepare for the worst.” 4

Second, the FBI does little to explain the nature of the Pumpkin Papers. The five microfilm canisters that comprise the Pumpkin Papers contained no information of importance. This distinction goes missing in the FBI’s description, which states, “The two revelations, which became known as the ‘Pumpkin Papers,’ contained images of State Department materials–including notes in Hiss’ own handwriting.” This statement also whitewashes Nixon’s press conference, which paraded microfilm still unprocessed–and whose chief goal was to pressure Justice toward indicting Hiss and not Chambers. Also, neither the Baltimore Documents nor the Pumpkin Papers bowled over Justice with a “smoking gun” as the FBI article mentions–not according to Chambers, one of the possibly indicted, who wrote in his memoirs:

I had already been warned by other sources–and was soon to be warned by the Committee–that the Justice Department was preparing to move against me, that it was actively making plans to indict me, and not Alger Hiss, for perjury on the basis of my testimony before the House Committee. 5

From Chambers’ perspective, then, the Baltimore Documents and Pumpkin Papers had hardly served as a “smoking gun.”

The FBI is careful to note that “Hiss was charged with perjury; he could not be indicted for espionage because the statute of limitations had run out.”

Would the FBI please reinstate the Hiss Papers online?